Digitally remastered edition. Longbranch/Pennywhistle, the legendary 1969 collaboration between late Eagles co-founder Glenn Frey and his longstanding songwriting partner, JD Souther. Both had made the migration from Detroit to California and were adapting to what would become the California sound. When the Amos Records label dissolved in 1971 the group had already disbanded the year prior. Glenn Frey went on to co-found the Eagles and J.D. Souther wrote or co-wrote several of the Eagles' most popular songs, along with hits for Linda Ronstadt. He also recorded a number of hits under his own name, including "Her Town Too" which was a major hit in a duet with James Taylor. 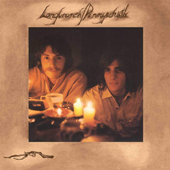