From his days with Miracle Legion and then Polaris, Mark Mulcahy has always had a laid-back, summer-porch pop styling that often betrays his complicated lyrics. On The Gus, Mulcahy unfolds a map of any neighborhood in America and then tears it apart, piece by piece, revealing a quiet underbelly of want and despair, of neediness and love in tiny truths and microscopic ficions.
Lead single “Taking Baby Steps” sandwiches heavy guitars around Mulcahy’s bleating voice, leaving them the first few lines alone before crashing back. Lyrically, we find Mulcahy stumbling and stretching over forgiveness of some long-ago crime: “As great as you are / You don’t have to change my mind / It’s not like I hate you / It’s not like I’m blind.” Meanwhile, “Later For The Box” is a scene-setter that sees the narrator get lemonade, chat with a neighbor and make dinner. We hear every second of this sweetly melodic micro-fiction, which creates a delicious anxiety that never quite resolves. But that’s okay; not everything has to end like the fatal crash that finishes “Wicked World.” It’s up to us, the listener, to decide what awaits when you untie the “candy cane string” and the song, a patient hum driven by light, jazzy percussion, never betrays our emotions one way or the other.
Mulcahy’s sound hasn’t evolved much from his days in Miracle Legion or Polaris—it has the effect of a flannel shirt that has learned to play guitar and is easy to listen to, but at times, hard to grip, such as the hook-less “A Long Time Ago.” Nothing here is particularly inventive, but the songs all hold together like a portrait of a town; each track has a distinct character and narrative without ever falling into the sticky trap of a story song. To his credit—and likely again inspired by reading Saunders—Mulcahy comes across as your friendly neighborhood songwriter, documenting the surreal nature of life without ever crossing the boundary between subject and narrator. He is not present to the song, but merely the vehicle with which it is delivered. Mulcahy’s voice retains the same unmistakable nasally-drawl, while The Gus’s production is marked by a minor detachment between the performers and the audience, remaining soft around the edges and thankfully lacking the temptation to overproduce or make slick what must remain quiet. It gives it the effect of being recorded in a library, surrounded by wood and paper, a proper theoretical setting for an album of such lofty lyrics and low-fi melodies.
- pastemagazine.com 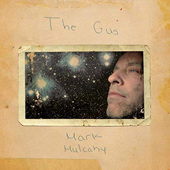