“Well, I’ve been in this Junk Town most of my life,” singer-songwriter Ian Noe sings on his debut album, Between the Country. Noe hails from small-town Eastern Kentucky, and his first offering is a bundle of dark tales and larger-than-life characters from his beleaguered home region. “It’s a country jungle ‘round here,” he sings halfway through a record littered with meth, online poker, bitter wind and despair.
Noe, 29, sings with a gentle high nasal that recalls Diamonds in the Rough-era John Prine. Unlike the debut of his fellow country-leaning Kentucky contemporary Tyler Childers, whose songs directly reaffirm and complicate Appalachian mythology, most of Noe’s narratives simply happen to take place where the singer-songwriter has lived all his life. His best songs are either intimate portraits (“Irene (Ravin’ Bomb)”) or modernist fantasy (“Barbara’s Song”). On the former, Noe imbues his rabble-raising protagonist with unexpected depth and profundity; on the latter, he slows down time and finds dark, Titanic-esque beauty in a tragic early-20th-century coal-train accident.
Compared to the slew of first-rate country singers who’ve hailed from Kentucky in the past decade, from Chris Stapleton and Kelsey Waldon to Sturgill Simpson and Angaleena Presley, Noe’s music is quieter, more introspective, more indebted to the folk tradition. His first album is produced by roots superman Dave Cobb, whose arrangements provide delicate piano and acoustic backing to Noe’s road-tested originals.
Despite being front-loaded with its best material, Between the Country is nevertheless a stunning statement through and through, full of breathless moments of defiance and despair. Wedged between the morose morbidity of songs like “Dead on the River (Rolling Down)” and “Meth Head,” “If Today Doesn’t Do Me In” arrives as gorgeous small-town testimony, an ode to the beauty of survival amidst bleakness.
“There’s a feeling you get/Not far from despair/That sometimes sets in on your mind,” Noe sings in the song, in a moment that sums up his stunning first offering, “But if it’s all that you’ve got/You still set the clock/And get up with a reason to climb.” 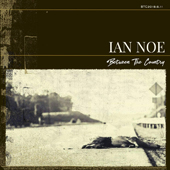