Whiskey Myers has been steadily building a devoted following with it's gritty authenticity, and with their self-titled fifth album, they're poised to explode. Grammy-winner Dave Cobb (Chris Stapleton, Jason Isbell, Brandi Carlile, Sturgill Simpson) helmed the band's last two albums, but this time around, they felt ready to take the wheel. The band draws as much inspiration from Nirvana as from Waylon Jennings, and Whiskey Myers bursts out of the gate with the raging "Die Rockin'," followed by such bruisers as "Rolling Stone" and "Gasoline." Over the course of fourteen tracks, though, songs expand, moods change and songs like "Bury My Bones" and "California to Carolina" explore different stories and emotions. For this band of renegade brothers, the goal isn't to fit into a format or try a new direction for it's own sake, it's to be true to the music they love - and with Whiskey Myers they continue pushing in all directions and sharpening their attack, whether country, rock, blues, whatever - even adding the legendary McCrary Sisters' gospel influence to the project on background vocals. 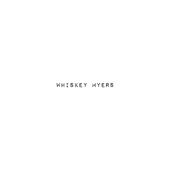