‘Imperfect Circle’ is the first new outing from Hootie & the Blowfish in nearly 15 years – the latest milestone in a truly remarkable career that has seen the US band selling over 25 million records worldwide, winning numerous awards (including two Grammys) and securing the 10th biggest selling album in history with their ‘Cracked Rear View’ debut, now certified x 21 times Platinum. Having achieved the highest live attendance figures of their career in support of ‘Imperfect Circle’, it’s clear that the four musicians have re-entered the scene with an almighty bang, delivering a show full of deeply loved songs plus a new release that sits alongside the very best of their work. With frontman Darius Rucker’s celebrated, honeyed tones drawing every ounce of emotion from the material, compositions such as ‘Hold On’ (co-written by Chris Stapleton), ‘Wildfire Love’ (co-written by Ed Sheeran and featuring Lucie Silvas on backing vocals) and the solar-powered ‘Miss California’ sound like instant winners, and indeed there’s simply no weak moments to be found. Fans will be delighted, and with an album this well-crafted (also featuring Sheryl Crow on backing vocals) new fans are surely out there to be won. 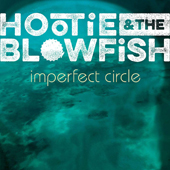