2020 release. A salute to the sounds of his youth, these songs double down on Jet's country and folk influences, without sacrificing the left-of-center approach that's earned him a reputation as a genre bender. Honky-tonk ballads, twin fiddles, and country two-steps rub shoulders with a Nirvana-inspired rock song ("Johnny," a tribute to 1950s legend Johnny Horton) and a bluegrass cover of the Black Crowes' "She Talks to Angels." The result is a richly-textured album that's both classic and modern in the same breath. This is raw, truthful country music - a reinvention of the sound that's always formed the bedrock of Tennessee Jet's artistry, even during his most amplified moments. 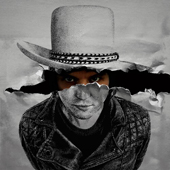