The Deep Dark Woods are headed back our way with a new album. Called Changing Faces, the Canadian group's latest arrives on May 14 via Six Shooter Records. The album marks the sixth full-length effort from the Ryan Boldt-led project and is the follow-up to 2017's Yarrow. Today the Deep Dark Woods are showing off the record with the new song "Everything Reminds Me," which features Kacy & Clayton. The song has arrived via a video directed by Craig Range, and you can check it out below, as it aims to remind us that "all of life's small daily rituals add up to something profound and beautiful." Of the album as a whole, a press release explains that "throughout Changing Faces, there is a push and pull between place and placelessness," with Boldt offering up a project that's both "historical and personal." 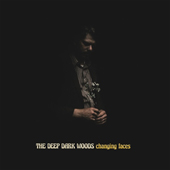