"The new album Rare Bird shows why Petite has earned such acclaim in her adopted San Diego. She shows that she can sing a ballad as well as Loretta Lynn and bring sass to a song like Wanda Jackson.
It’s pretty clear that Petite has immersed herself in classic country music that has filled honky tonks forever. She has also paid a fair amount of attention to the stories in classic country songs. Her lyrics are earnest. Her melodies are perfect whether you’re dancing by yourself or looking for company toward the end of an evening. On top of that, she has managed to make an album that you will want to share with all your friends.
(glidemagazine.com) 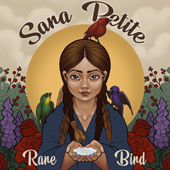