Within the track listing of Many a Mile, the band’s sixteenth studio album, the bond between Jim Cuddy and Greg Keelor continues to flourish. Born of the pandemic, it also emerged at a time when they thought they were perhaps done making albums as a group. It was Keelor, walking with his longtime friend outside of a gig in Vancouver, who suggested that it was time for them to look at starting the next record.
Cuddy was floored. For many years, Keelor had struggled with tinnitus that was getting worse, to the point that he started to get debilitating migraines. Once touring wrapped for the previous album, 1000 Arms, there was a loose understanding that perhaps they would just play shows and abandon the idea of recording together.
He asked his comrade if he was sure he wanted to go down the path again, and left him some time to think things over. “We get into this little waiting period where I think I’m waiting for him to decide and he thinks he’s waiting for me,” Cuddy recalls with a chuckle. “Eventually, our manager said to me, “You know, Greg is waiting for you to say, ‘Let’s do a record.’” I’m like, “Really? I thought it was the other way around! Okay, let’s go!”
The timing proved to be interesting. With the pandemic in full swing, Cuddy was “three-quarters” into a solo album, working in a bubble with his band and producers Tim Vesely and Colin Cripps, who also plays lead guitar in Blue Rodeo. They decided to mirror that approach with Keelor setting up his own bubble, working with James McKenty and Jim Bowskill.
“We got all of the songs acoustically and Tim would take beats off of the internet and then we’d bring in one person at a time,” Cuddy recalls now. “We’d send that all out to Greg and he’d put on his stuff. Jimmy Bowskill came in and did his stuff. Then Greg’s stuff was sort of done and he would send it in. I’d sing on it, the guys would go out and replace parts [on the demos]. So there was this back and forth, but one [person] at a time.”
In an interesting way, the whole experience hearkened back in a small sense to how the band recorded Outskirts. “We worked with Terry Brown [the Canadian producer known for his work with Rush], which was a more formal way of working,” Cuddy explains. “One guy at a time, click tracks and all of that bullshit. We’re much more inclined to work in the Daniel Lanois way, in a room all trying to get a vibe together. The advantage of that is that you get this feeling of what the song is going to be like when you get it down.”
Ultimately, Cuddy found himself really satisfied with the approach they took for Many a Mile. They had the luxury of time, something which they’d never had before when it came to making an album. The benefits were many. "Glenn [Milchem] had as much time as he wanted,” he cites as one example. “That man is a brilliant drummer [and] really articulate drummer. It all made a difference.”
Happily, the album hardly sounds like it was pieced together, mailed back and forth between two worlds. Listening to the introspective album opener, “When You Were Wild,” one can picture the band all sitting in the room together, jamming and playing off of each other, even though the reality was far different. Michael Boguski’s Hammond organ swells on the track lift the musical feelings even higher.
Cuddy’s “I Owe It To Myself” acknowledges, from his perspective, the feelings that one gets as time marches on. “I thought, this is a reckoning,” he says. “You’re at an age, stop bullshitting with everybody else’s expectations and just do what you want.”
“The Opening Act” is the latest chapter in a subtle running list of great road-inspired songs from Keelor, check “Me & Baz” from 1997’s Tremolo, “Stage Door” from 2002’s Palace of Gold and “What Am I Doing Here” from 1990’s Casino for additional points of reference.
It’s an album which sounds casual in the way that 1993’s landmark Five Days in July did. Effortless, but even Cuddy himself knows it was deceptively easy. “I know that whatever happens, if it’s easy for this band. It will never happen again,” he laughs. “So I wonder what’s going to happen next. But this one was just a very joyful experience to work on.” 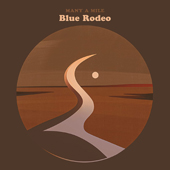