Grammy Award-winning southern rock, blues and country group The Kentucky Headhunters announced their latest album, That's A Fact Jack! The twelve-track album includes eleven all-new songs, each penned by members of the Headhunters, as well as one cover tune: Rick Derringer's "Cheap Tequila." During a time of uncertainty for our nation, the Headhunters believe the upcoming compilation is just what the doctor ordered. "The Kentucky Headhunters have always been road warriors and makers of music for ourselves and the fans of our music," says Richard Young, a founding member of the band. "We felt it was appropriate at this time in our society to make some fun music for folks and a statement for the world at large." 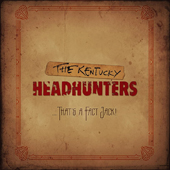