Acclaimed rock duo Shovels & Rope release of their highly anticipated album, Manticore (Dualtone Music) Originally planned as a stripped down, acoustic- leaning release, the songs on Manticore were written before the pandemic but recorded during. With the unplanned allotment of time, the celebrated duo of Michael Trent and Cary Ann Hearst reimagined the initial arrangements, resulting in 10 new songs that carve out their own distinct place in the Shovels & Rope canon in both sound and subject matter.Opening the album is the pulsating first single “Domino,” which looks at the iconic legend surrounding the death of James Dean. While “Domino” shoots out of the gate ablaze, Manticore is a more intimate album speaking to the human experience, some of it deeply personal. As fans have come to expect from Shovels & Rope, they hold nothing back. Their character driven narratives often reflect their own feelings about life, love and our ever-changing society. The latter is summed up on the other end of the spectrum from “Domino” with the contemplative album closer “Human Race.”Shovels & Rope has built a reputation as gifted storytellers with a sincerity and honesty that connects with people of all ages. On Manticore, Hearst and Trent find new ways to open themselves up and let the listener in, while offering so much to consider and even more to be grateful for. 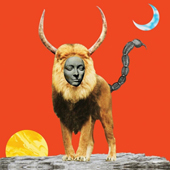