The third album proper for 'Country-got-Soul's finest, The Delines, on Decor Records sees them exploring the US Gulf Coast, not far from where Amy Boone grew up. The songs in this cinematic opus all focus around this area and are inspired by when Amy asked Willy Vlautin to write her a song like Tony Joe White's 'Rainy Night In Georgia' after her tragic accident being hit by a car in 2016 and her 3 year recovery. This follows on from 2019's The Imperial which was number one in the UK official AMA charts for two weeks. Written and partially recorded before lock down the rest of the album was finished last Summer, produced by John Morgan Askew at his Bocce studios just outside of Portland, Oregon. The album features the classic line-up of the band with Amy Boone (vocals), Willy Vlautin (guitars, vocals, songwriting), Freddy Trujillo (bass), Sean Oldham (drums, vocals) and Cory Gray (keyboards, trumpet and arrangements) doing some of their finest work yet. Willy Vlautin has just published his sixth novel and we will be reissuing more of their previous band, Richmond Fontaine in later 2022. 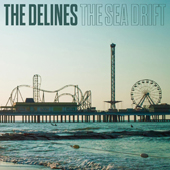