Of the Austin-based pair, Consequence of Sound declares, "...one of the country's preeminent Americana duos," while CMT praises, "...an eclectic style of alt country for hearts who live to ramble." Building a fan base through grassroots support since 2014, Jamestown Revival has toured relentlessly over the past four years, performing at iconic venues from the Ryman Auditorium to Red Rocks Amphitheater as well as countless festivals such as Coachella, Austin City Limits, Stagecoach, and more. 'San Isabel' will be their 3rd studio album and features calm folk songs. 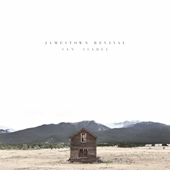 
1. Crazy World (Judgement Day)
2. This Too Shall Pass
3. Killing You, Killing Me
4. Who Hung the Moon
5. Something That You Know
6. Round Prairie Road
7. Mountain Preamble
8. Harder Way
9. California Dreamin'
10. Mayday Man
11. Winter's Lament