MATTHEW RYAN returns with another rocking album on Hustle Up Starlings! 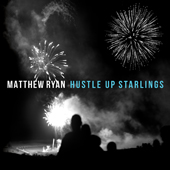 Blessed with a particularly attractive rasp of a voice, singer-songwriter and rock’n’roller MATTHEW RYAN is out to excite his fans and well-informed critics with his brand new Blue Rose album Hustle Up Starlings. It’s a powerful comeback album and follow-up to the much-lauded Boxers, released in 2014, also on the label located in the South of Germany. Hustle Up Starlings is Ryan’s 13th release since his debut album May Day in 1997 announced him as one of the most promising acts in the Springsteen-meets-Westerberg-folk-rock-songwriter camp.

If you go back to reading the accolades that practically every Matthew Ryan album received, it seems hard to grasp why he hasn’t broken through on a bigger scale yet. Even in 2017 Matthew Ryan should be a household name when it comes to moving, hand-made, intelligent, accessible Americana rock delivered in a very special sandstone voice.
Is Hustle Up Starlings another critics‘ darling that’s going to earn rave reviews and make it onto year-end favorites lists – or could it possibly achieve more? The conditions seem right for a success story. 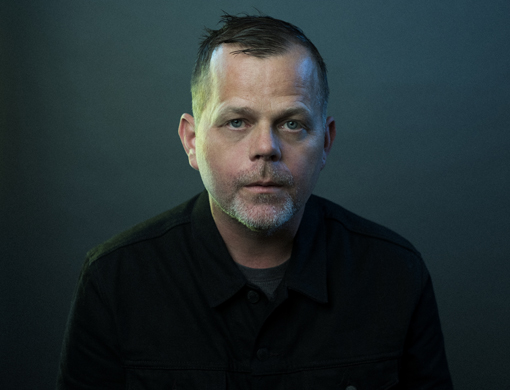 Born and raised on the US East Coast (Pennsylvania, Delaware) Matthew Ryan moved into the East Nashville indie scene in the mid-90s. His first, promising albums May Day (97) and East Autumn Grin (2000) were released by a major label (A&M) before the record industry’s situation changed drastically. Until 2010 Ryan released seven albums, some of them by himself, among them very well-received records like Concussion (2001), Regret Over The Wires (2003) and Matthew Ryan Vs. TheSilver State (2008). Disillusioned by unsatisfactory sales, Ryan announced that his 2012 album In The Dusk Of Everything would be his last. He left Nashville for East Pennsylvania. As luck would have it, there he met and became friends with Brian Fallon, frontman of folk/punk/indie rockband Gaslight Anthem. Soon thereafter, they started collaborating creatively.
Fallon booked Ryan to open the Gaslight Anthem tour and was happy to play guitar with him. But Ryan got inspired and started dreaming of more. In 2014 he released the terrific Boxers on Blue Rose, an album harking back to his May Day days. Produced by Kevin Salem (Dumptruck, Todd Thibaud, Freedy Johnston, Giant Sand) and featuring Salem and Fallon on electric guitars, Ryan rocked his way back into the hearts of everyone who doesn’t consider Bruce Springsteen and the Replacements, Leonard Cohen and The Jam, or Bob Dylan and The Clash mutually exclusive but drawing from the same well where rock’n’roll and the singer-songwriter spirit meet.

For Hustle Up Starlings Ryan was able to fulfill his dream and focus solely on writing and singing while Brian Fallon was responsible for production, sound, arrangements and all guitar parts. He also recruited the straight-shooting rhythm section of Ryan’s longtime bass player Brian Bequette and drummer Brad Pemberton (Ryan Adams, Steve Earle). They booked seven days in the studio of guitarist/engineer Doug Lancio (John Hiatt, Todd Snider, Patty Griffin) who played on most major Ryan albums himself. The sessions went smoothly, within five days the bulk of the album was recorded in first takes.
A few overdubs provided the icing on the cake: more Fallon guitars, some Ryan and Lancio parts and David Henry’s atmospheric strings. Still, the album is straight ahead without veering from its direct path and lessening its impact. The opener „(I Just Died) Like An Aviator“ is brash, slightly melancholic 3-minute rock’n’roll with wavy guitar sounds and Matthew Ryan’s brutally hoarse vocals, a stylistic element that characterizes every song on the album. The acoustic folk rocker „Battle Born“ is followed by the title track. „Hustle Up Starlings“ is a spooky slow motion ballad with whirly guitar patterns and sensitive vocals – a major statement. „Close Your Eyes“ is one of the few straight rockers with transparent guitars and a stoic bass & drums foundation built around a single riff. Bassist Brian Bequette intones „Maybe I’ll Disappear“ quietly on piano while some brooding, menacing sounds are looming in the background and Matthew Ryan convincingly sings his desperate lyrics about loneliness and losing a relationship that was never perfect to begin with – another red herring connecting most of the album’s songs.
The mighty „A Delicate Waltz“ opens the record’s second half, starting with a throaty whisper and escalating into a vibrating midtempo rocker with nervous electric guitars and an irresistible chorus. The slow motion rocker „Run Rabbit Run“ moves into hymn-like Snow Patrol/Coldplay territory while „Bastard“ may be the year’s meanest hate/love/breakup song. „All I Wanted“ is an impressive lost love number in an all-acoustic arrangement with David Henry’s unobtrusive strings – „all I wanted was one more chance before closing time“, he sings in nightmarish repetition. But because no album should end this desperate there’s „Summer Never Ends“, a typical Matthew Ryan electric rocker with glorious dynamics, a hymn-like chorus and swirling guitars over a powerful backbeat. It’s one of those album closers that keeps lingering.

Exactly twenty years after his debut May Day, Matthew Ryan is in stunning shape on Hustle Up Starlings with possibly the strongest, most succinct lyrics of his career, conceptual, sophisticated songwriting and a vibrant, rocking, fitting production by the Gaslight Anthem’s Brian Fallon. His goal to make his anniversary album not a retrospective endeavor but an up-to-date record has been fully achieved!