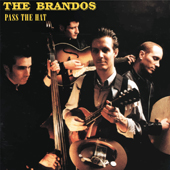 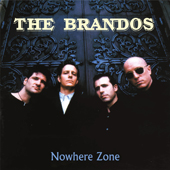 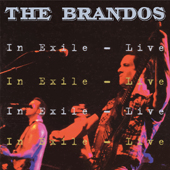 In Exile - Live (2018 Re-Issue)
CD
€ 9,90
Blue Rose Records will be releasing the entire pre-Blue Rose catalog of the Brandos on CD, vinyl and digitally! The first batch of three CDs will be out on May 25, followed by another three on June 22 plus two more on July 20 . Vinyl copies will be available in September.

Before the recording of Pass The Hat started Rupprecht, Mason and Scott Kempner had left the band and were replaced by Frank Funaro (dr, Del Lords) und Frank Giordano (g). The „rough and powerful masterpiece“ (German music magazine „ME/Sounds“) again contained lots of rock hymns with highlights like the folky „Tell Her That I Love Her“, the title track „Pass The Hat“ or „You’ll Still Be Mine“. The album also features four songs („German Skies“, „Let The Teardrop Fall“, „The Siege“ and „The Other Side“) from the unreleased album Trail By Fire and have been re-recorded for Pass The Hat.
The re-issue contains the ten original songs plus three bonustracks which haven’t been available on any regular Brandos album before („Union Dixie/Gettysburg“, „Green River“ and an acoustic version of „We Are No Man“).

Featuring the line-up Dave Kincaid, Ernie Mendillo, Frank Giordano und Frank Funaro, in October 1998 the album Nowhere Zone had been released. It was a return to the „true American rock music“ (press release) and contained the remaining six tracks from the unreleased album Trail By Fire.
The re-issue contains the ten original songs plus three bonustracks which haven’t been available on any regular Brandos album before („Twenty Flight Rock“, an Eddie Cochran cover, the Chuck Berry song „Have Love Will Travel“ and the John Fogerty tune „Sinister Purpose“.

The voice of Dan Kincaid was always compared to John Fogerty and Creedence Clearwater Revival and the catching live document In Exile – Live sounds exactly like one of the best American bands from the 60s. The album which contains 18 tracks was recorded with the line-up Dave Kincaid, Ernie Mendillo, Scott Kempner and Frank Funaro on December 20th and 21st, 1994 in Amsterdam and Utrecht (The Netherlands) and contains songs from the band’s studio albums plus the traditional „The Recruiting Sergeant“.