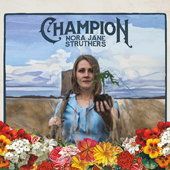 Great vulnerability is often part and parcel of great artistry. The songs that last decades and weave themselves into the fabric of listeners‘ lives are usually the ones in which an artist lays her soul bare for the world to hear. Nora Jane Struthers‚ new album Champion is built on these kinds of songs. 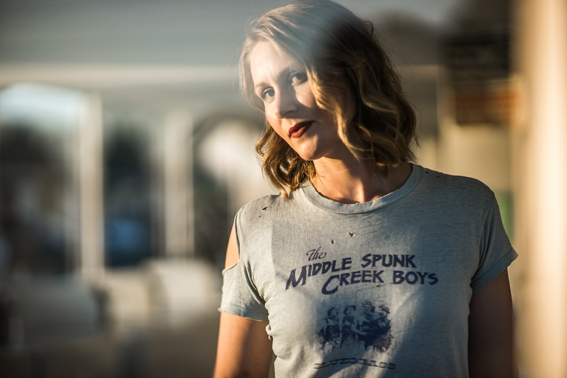 The 13-song collection is the follow-up to 2015’s Wake, which earned Struthers acclaim from major outlets like NPR Music, Rolling Stone Country, and „Fresh Air.“ Struthers wrote and recorded the album with her longtime road band the Party Line, and the chemistry between her and the other players is palpable. The album, produced by Neilson Hubbard in Nashville, is full to the brim with stellar musicianship, unexpected arrangements that blur the lines between folk, roots, and rock, and an audible sense that everyone in the studio is having a damn good time.

Where Wake explored themes like new love and new beginnings, Champion finds Struthers documenting the trials and tribulations of adult life; decrying the increasingly intrusive nature of technology; and plainly laying out the struggles faced by a young woman grappling with infertility.

„I’m 33 and want to start a family, but when I was 18 I was diagnosed with a condition called premature ovarian failure,“ she explains. „I’ve known for a long time that I’m going to have to find other ways to have kids. A lot of the songs on the album are about my personal fertility quest.“

There are many hopeful moments on the album. Standout track „Belief“ is a nuanced look at the difficulties of staying optimistic in the face of setbacks, illustrating both the fragility and the resiliency of hope. The track builds from Struthers singing over a lone acoustic guitar to a harmony-drenched anthem, mirroring the song’s message of hope and redemption. „‚Belief‘ is the bedrock of the record,“ Struthers says. „I’ve really grappled with the mind-body connection. I really wanted to believe in my body but instead I was just on the side of hoping. There’s a strange shame that comes with that that I couldn’t fully grasp.“

While her journey in trying to start a family takes center stage in many on Champion, it’s far from the only topic to which Struthers lends her thoughtful eye and singular voice. On opening song „Each Season,“ she and her husband Joe Overton explore the strange, wonderful bond experienced in long-term relationships, the story told over crunchy guitars and gently rolling banjo. „The first track on the album is a song that my husband and I wrote together,“ she says. „It’s the second song we’ve ever written together. It’s about how when you have a partner and have love, time – which is such a strange thing anyway – everything circles and centers around them, and around you two as a unit, and how beautiful that is because it gives you an anchor in the tumultuous sea of time.“

That tune is one of only two co-writes on the album, as Champion is, through and through, a showcase of Struthers‘ voice and preternatural gift for storytelling. Coupled with a more deeply realized sense of vulnerability, that narrative tendency makes for a collection of stories that should resonate long after the last notes of the last track end.

„My songwriting style on this album is a real marriage of the narrative style songs I was writing in my early career and then the really autobiographical style of my last album,“ Struthers says. „It feels like a natural progression of artistic growth that was both hard and easy at the same time, and I think you can hear that when you listen to it.“