Richie Furay has been part of three influential bands that have produced a stack of hits: Buffalo Springfield, Poco and the Souther-Hillman-Furay Band. Yet as a solo artist, Furay has said he’s “never really had what I’d call a solid hit song.”
Furay hopes to turn that around with In the Country, his first studio album in seven years. In the Country was produced by Val Garay and recorded at Blackbird Studios in Nashville.
The album features new Furay takes on country classics including “Somebody Like You,” the first single, and “The River,” along with crossover hits “Take Me Home, Country Roads” and “Walking in Memphis.” Former Poco band mate Timothy B. Schmit joins Furay in a new version of Poco’s classic, “Pickin’ Up the Pieces.” Furay’s daughter, Jesse Furay Lynch, joins Schmit on background vocals. 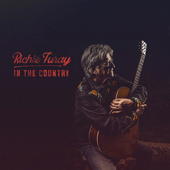