Exclusively available on CD in Europe here: ERIC AMBEL with his new album You Asked For It ! 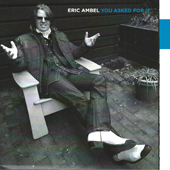 You Asked For It
CD
€ 17,00*
ERIC „ROSCOE“ AMBEL shouldn’t be a stranger anymore, even though he’s been more in the shadows of the music business than on the front lines for most of his career. He really got noticed among Blue Rose Records fans with the band The Yayhoos, who released the 2001 album Fear Not The Obvious. But Ambel was active much earlier – he first played in the band of Joan Jett & The Blackhearts for two years before forming the band The Del-Lords with Scott Kempner and Frank Funaro in the early 80’s. 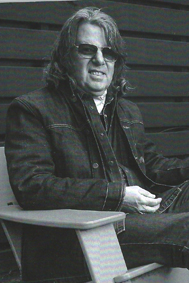 Very early on he also got a very good reputation as a producer, so he was responsible for almost all albums of the Bottle Rockets, he also sat at the producer’s desk with such illustrious artists and bands as Nils Lofgren, Go To Blazes, Big In Iowa, Cheri Knight, Blood Oranges, Mary Lee’s Corvette, Mojo Nixon or Marshall Crenshaw, just to name a few. His contributions as a songwriter and studio musician are endless, and not least Ambel has released a handful of albums under his own name. In short – Eric Ambel is a busy man!

At the beginning of the pandemic while locked out of the studio and sheltering at home Eric Ambel decided to release some tracks he had on hand digitally through Bandcamp as the Shut In Singles series. Between March of 2020 and April of 2021 he released 11 different tracks. Some unreleased, others that had been on various compilations. You Asked For It is all of those tracks, presented in a 28 page booklet with their artwork and extensive notes of each song plus one more, a version of „Honky Tonk Women“ that he had recorded with Jimbo Mathus and Keith Christopher.

Kommentare deaktiviert für Exclusively available on CD in Europe here: ERIC AMBEL with his new album You Asked For It !