Following a covers album US RAILS are back with a new album of eleven originals! 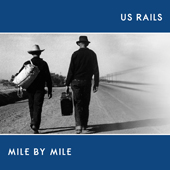 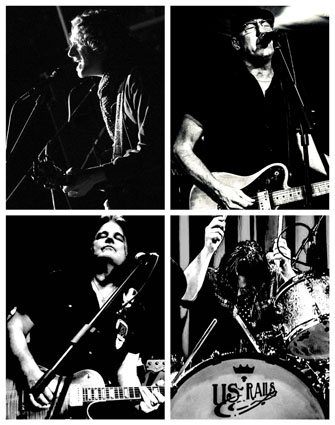 US RAILS continues their journey into the next decade with a brand new record, Mile By Mile (Blue Rose Records). Ben Arnold, Scott Bricklin, Tom Gillam and Matt Muir have made a conscious effort to open the gates and let their Rock n’roll horses run free. This is not to say they’ve abandoned their trademark harmony vocal blend. It’s still there front and center, but with more musical muscle underneath. Drawn from their collective influences and takes on rock and vintage R&B, the good-time recording atmosphere of the recording sessions, during a summertime week in Philadelphia, is palpable on each and every track. These rapidly changing times in the U.S. and around the world, show them wearing some of their thoughts and beliefs, as well as their hearts on their well tattered sleeves. Mile By Mile, the band‘s 5th full length original album, shows them growing even more comfortable and loose, diving into some of their ragged, rock roots in a collection of songs that have some of the feel of the past with an eye toward the future.

What was once just a one off, go-for-the-thrill experiment, has by now become a fixture in the lives of each member of US RAILS while they all continue to pursue thriving solo careers, producing, recording, and releasing countless albums on their own. It is their separate experience, spun together, which adds layer upon layer to the solid bedrock that forms the foundation of this band’s rare and exceptional sound.

US RAILS are now looking forward to taking it all out on the road throughout Spain, Italy, Germany, Austria, Switzerland and The Netherlands again this year. Jackson Parten from Austin, Texas will be joining the band on bass guitar for the tour.

A well seasoned, veteran live act, this is a band who has shared the better part of their lives playing masterful, iconic sounding rock and roll in the shadows of the giants but continues to create, evolve, persist, and have a lot of laughs and fun along the way Mile By Mile!

Kommentare deaktiviert für Following a covers album US RAILS are back with a new album of eleven originals!