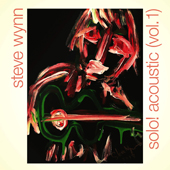 „Despite 40 years of solo tours all around the world, I had never released a record of just me and my acoustic guitar. I’d thought about it a lot and fans who came to these intimate, stripped down shows would often drift by the merch booth at the end and ask “Which of these records sounds like the show you just played?” I’d point to some older releases like “Fluorescent” or the “Live In Bremen” collection I made in 2003 with Jason Victor but none of the documented history could provide a literal translation of what they’d been watching. 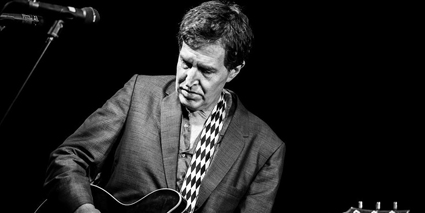 In the last few years I’d been listening quite a bit to Bill Callahan. He’s a great songwriter, daring lyricist and his voice is distinctive and beautiful. But I also really loved the production on his records. They all sound so fantastic. I checked the credits and saw they were almost all recorded by Brian Beattie at a studio in Austin, Texas. I knew that was the sound I’d want to have on my first solo acoustic record.

As it turned out, the Dream Syndicate had a show in Austin on November 1 of last year and I didn’t have to be anywhere for a few days. I got in touch with Brian and he was free those days so I made plans to record a selection of songs from my back catalogue that I thought would suit his approach and sound. I always enjoy this blind-date, travelogue style of working and in the past I tried to make records in which I would choose or write material to represent some mystical fantasy of what my music might sound like, for example, with Chris Eckman in the pastoral city of Ljubljana (“Crossing Dragon Bridge”) or the blunt ferocity of the band Come in their gritty hometown of Boston (“Melting In the Dark.”).

This one was a similar approach. Like many songwriters, I’m often tempted to shelter my lyrics and vocals by adding extra layers so that I feel a little less vulnerable. Not this time. I went for some of the most lyric-heavy, emotionally stark songs in my catalog and knew that the vocal would be the focal point of the record. And that’s exactly what happened. Brian’s approach was indeed to put me in a room, surround me with vintage mics, guitars and processors and just capture my performance in the most honest, stark way possible.


I asked my old friend Randy Franklin to oversee and co-produce the record. Randy is a fine musician and also the owner of the Yard Dog Gallery where I often show my paintings. You can see one of them right there on the cover. He knows my musical history and I felt like he’d have strong ideas of the songs I should play, how best to play them and what I do best and which pitfalls I should avoid. Mostly, I knew that having Randy and Brian in the control room would allow me to just sit and play and not think too much beyond that.

Sure enough, I recorded 26 songs in one 8-hour session and felt loose and free and untethered. It felt great. The following day was spent mixing and selecting our favorites. And that was it. We captured a time and a place and a first-meeting in a way that hopefully lets you feel like you’re right there with us. I look forward to taking that moment in time on the road with me in the years to come on my solo tours so that the next time someone asks “Which of these sounds like what I just saw” I can pick up “Solo Acoustic, Vol. 1” and say “here you go, my friend. Welcome to Austin, Texas.”
– Steve Wynn March, 2020