After three years the BOTTLE ROCKETS are back with the new album Bit Logic ! 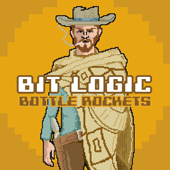 Formed nearly 30 years ago, the Bottle Rockets helped forge a now-popular subgenre-small-town, middle-class, Midwest American roots rock-part right-to-the-gut poetry, part rock ’n‘ roll, all truth. Bit Logic is a different sort of album for the St. Louis natives and shows them at their most self-aware, self-challenging, and socially alert.

Recorded in St. Louis at Sawhorse Studios, engineered by Mario Viele and produced by longtime studio collaborator Eric „Roscoe“ Ambel (The Del-Lords, Steve Earle), the Bottle Rockets‘ 13th album has them looking at their unique stylistic blend through a different lens. While one of the group’s earmarks is constructing blue-collar anthems, Bit Logic has the quartet focusing outside themselves, at how change and adaptation affects the bigger picture. 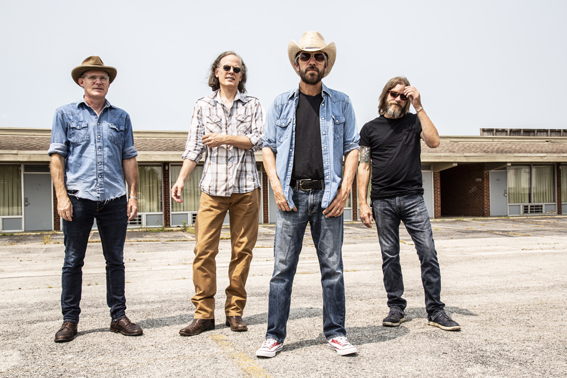 „We were not planning any kinda ‚theme‘ to this album, but one kinda showed up,“ said lead singer and guitarist Brian Henneman. „If it’s about anything at all, it’s an album about existing in this modern world. Trying to dodge depression and anger. These songs are views from the moments when you’re mostly succeeding at it.“ Yet, to balance those times when success may seem just a breath out of reach, the album includes the infectious pop masterpiece „Maybe Tomorrow“ which offers an optimistic and buoyant outlook on momentary failure.

The band returned to its more democratic songwriting approach this time, which generated four co-written songs, in contrast to their previous and critically acclaimed album, South Broadway Athletic Club, which Henneman primarily wrote. Leading up to their time in the studio, Henneman sent around some bare-bones acoustic iPhone recordings that would serve as the album’s blueprint, and the group fleshed out one song a day by means of three 4-day studio sessions.

The group went into the recording sessions with a fresh outlook-to bring out more of their Americana influences and to write a record that more accurately reflected their collective approach. What they found while doing so surprised them.

„The past provided touchstones,“ said Ambel. „Times when you could hear Merle Haggard and the Grateful Dead on the same radio station. The country vibe came from the sounds that inspired us in the studio. Sounds from the more experimental times of country. Post Hank, post George.“

Other inspirations came from „off-the-beaten-path Americana“ sources like Don Williams, Poco, Jackson Browne, Jerry Reed, and more, all of whom „showed up“ in the music during the sessions, audibly channeling themselves through John Horton’s hot-shit, phase-shifted country-folk pickin‘; Henneman’s penny philosopher, raspy drawl; or Mark Ortmann and Keith Voegele’s in-the-pocket, country-rock overdrive.

The title track and „Lo-Fi“ are pointed laments of how the ever-relevant topic of modernization affects the individual-how it can be a marvelous dream, but also a dehumanizing reality. In „Bit Logic“ Henneman and Ortmann team up to pen some of the band’s most clever and conscious wordplay, „In my technicolor childhood / We burned incandescent dreams / Illuminatin‘ on these future things / That didn’t turn out like we thought they would.“ But there’s always the other side of the coin, as in „Lo-Fi“: „Al Green in the kitchen/ On the AM radio/ Best bad sound that I ever did know/ Scratchy and it’s muddy / But it carries me through/ Straight on down to Memphis in ’72.“

It all funnels into the brilliant, poignant, quotable critique on the music industry, „Bad Time to Be an Outlaw.“ In the bouncy, meta, swampy country number Henneman takes stock, rethinks his choices in life, but still ends up at the same outcome. The lyrics are pure Prine, the music wonderfully reminiscent of Waylon and Reed.

That Nashville Pop it ain’t my deal
Even though that cash flow’s real
But these days „What Would Waylon Do?“
Don’t make much money sad but true
It’s a bad time to be an outlaw

Through it all, the album is the simple meeting the complex, traditional meeting modern, stick-to-your-guns resoluteness meeting adaptation. It’s what Bottle Rockets have always done, but with a fresh take. Bit Logic breaks new artistic ground but remains in character.

Kommentare deaktiviert für After three years the BOTTLE ROCKETS are back with the new album Bit Logic !