New album on Blue Rose by JESS KLEIN: Back To My Green ! 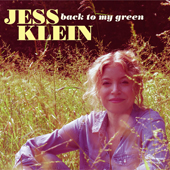 Over a career that spans more than a decade and a half and has won her a devoted worldwide fan base, Jess Klein — who possesses what Mojo magazine calls “one of those voices you want to crawl up close to the speakers to listen to” has pursued a remarkable creative evolution that’s seen her dig ever deeper for resonant emotional insights, while continuing to refine her eloquently melodic, effortlessly accessible songcraft. Jon Pareles of The New York Times calls her “a songwriter with a voice of unblinking tenacity…who finds parables in the everyday and also finds humanity behind the archetypal.” 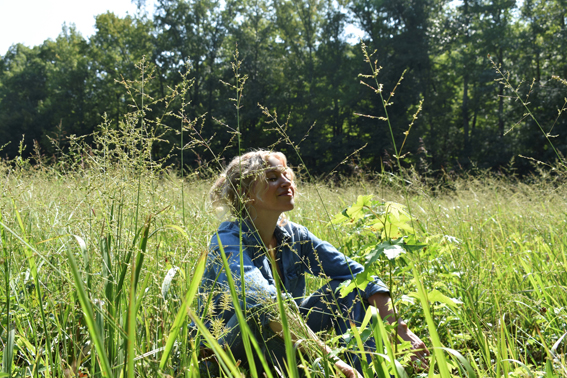 The Rochester, NY native began writing songs as a college student in Kingston, Jamaica, and is known for staking out brave lyrical and musical territory with such albums as Wishes Well Disguised (1998), Draw Them Near (2000), Strawberry Lover (2005), City Garden (2006), Bound to Love (2009), Behind A Veil (2012) and Learning Faith (2014) which Folk Radio UK calls “Unquestionably the finest album of her impressive career.” Jess spent eight years soaking up the live music culture of Austin, TX. Bootleg (2015) Jess’s live, full band album captures the dynamism of Jess onstage, backed by some of Austin’s top players. Jess was named a 2015 Finalist in the highly regarded Kerrville New Folk Competition.

On this striking collection of ten new originals, Klein’s incisive lyrics address living in uncertain times and the resilience that carries us through. Songs like “New Thanksgiving Feast”, “Tougher than I Seem”, and “Kid” look through the lens of a world-traveler and granddaughter of Russian Jewish immigrants, to celebrate the human capacity for healing and redemption during dark times. Guest vocalists include Gaelynn Lea and Jonathan Byrd. Simonsen and Canova’s deft production calls on influences including Motown, Classic Rock, Tropicalia and 70’s folk and creates a stirring backdrop to Klein’s passionate mezzo soprano on this timely and powerful album.

Kommentare deaktiviert für New album on Blue Rose by JESS KLEIN: Back To My Green !