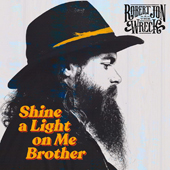 Robert Jon & The Wreck are a double shot of southern rock with a blues chaser. Roots rock jams, whiskey drenched lyrics and fervent stage shows only scratch the surface of what makes RJ&TW one of the best live bands to emerge from Southern California in years. With a growing discography and billings alongside the likes of Joe Bonamassa, Sturgill Simpson, and Peter Frampton, the quintet is poised for their greatest work yet. Based in Orange County, CA with a vibe straight out of the south, Robert Jon & The Wreck are blazing a path into 2021 with a new album and international tour.
Reigning from southern California, Robert Jon & The Wreck, has been taking the southern rock sound established on the east coast and bringing it to the West Coast. Since their inception in 2011, these 5 native Californians – Robert Jon Burrison (Lead Vocals/Guitar), Andrew Espantman (Drums/Background Vocals), Steve Maggiora (Keys/Background Vocals), Nick Phakpiseth (Bass) have been electrifying audiences all over the world with their soaring guitar leads, boogieing grooves, rich vocal harmonies and arguably perfect tunes. 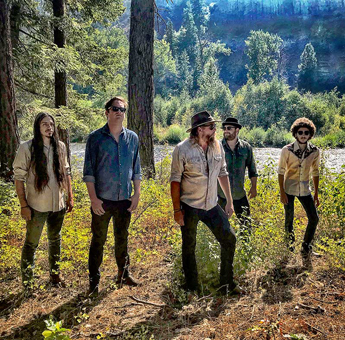 This quintet began their musical journey together in February 2011. Within 6 months the band had not only embarked on a coast-to-coast national tour, but also released their first album, Fire Started. While this album is not widely recognized as being in canon with their later work, it certainly served as a launching point for the bands wildly successful and travel-filled years to come.
2013’s Rhythm of the Road, was filled with new, and even edgier material that simply added more fuel to the fire that Robert Jon & The Wreck ignite while performing. Audiences nationwide crammed venues, salivating over a band that is determined to not miss the mark. This sharpshooter like mentality was fully recognized when Robert Jon & The Wreck won the title of “Best Live Band” at the 2013 Orange County Music Awards, along with nominations in the categories of “Best Rock,” and “Best Blues.”
They returned to the studio in Summer of 2014 in between tours to record their 2nd EP at RedBull Studios in Santa Monica, CA.
Not even 6 months later, the band set up shop at the legendary Sunset Sound Studios (Led Zeppelin, Prince, The Doors) in Hollywood with Warren Huart producing. Recording the 10 track album live from the floor with minimal overdubs, the band found their sound and strength in their songs. Glory Bound was released 24th February, 2015.
In 2016, RJTW teamed up once more with producer Warren Huart for their 2nd full-length album, Good Life Pie.
With yearly European tours now becoming an integral part of their touring regiment, Robert Jon & The Wreck found their flow being on the road most of the year, returning to California and prolifically pumping out new material. In 2017 they recorded their self-titled album, Robert Jon & The Wreck, but due to lineup changes in the band (resolving with the addition of James and Murrel), the band re-branded their Rhythm of the Road and Red Bull Sessions EPs to form Wreckage: Vol.1, and with the new band members in tow, took to Europe once more with a breakout performance at the Moulin Blues Fest in Ospel, Netherlands. Their self-titled album released in May 2018 to high praise and the band didn’t skip a beat.
Robert Jon & The Wreck released their first live album, Live from Hawaii in October 2018, showcasing live recordings from their first show on the islands, wherein the skies opened up and poured drops of sunshine on the excited and dedicated crowd throughout the duration of the concert.
May 2019 saw the release of their 4th studio album, Take Me Higher, the first album written with new members Henry James and Warren Murrel. This album took them all over the world, with three separate outings to mainland Europe, to the UK playing the Ramblin Man Fair in the UK alongside Foreigner and Chris Robinson Brotherhood, and to the Keeping The Blues Alive at Sea Mediterranean Blues Cruise alongside greats Joe Bonamassa, Peter Frampton, Eric Gales, Robert Randolph & The Family Band and more.
Their latest album Last Light on the Highway, released May 8th, 2020 to rave reviews. Even with the global setbacks caused by COVID-19, the album has done remarkably well, quickly receiving accolades from major publications including Rolling Stone, and having an unprecedented 12-week run of radio play on Planet Rock Radio in the UK with their first single, “Oh Miss Carolina“.
2021 Robert Jon & The Wreck are back and ready to tear up the UK and Europe all over again with their new record, Shine A Light On Me, Brother. The impressive new album, written and recorded during the COVID pandemic, and self-produced by Robert Jon & The Wreck, and will be released on Friday September 3, 2021.
Rock And Blue Muse magazine (rockandbluesmuse.com) certifies: „With Southern flavored, blues rock & roll and hints of 70’s rock, Shine A Light On Me Brother is a striking ten-track barn burner, recorded and mixed by Jeff Frickman at Sonic Groove Studio in Burbank, CA. Following the brilliant 2020 album, Last Light On The Highway, their new release finds the band in peak form with Robert Jon Burrison (lead vocals, rhythm guitar), Andrew Espantman (drums, backing vocals), Steve Maggiora (keyboards, backing vocals), Henry James (lead guitar, backing vocals), and Warren Murrel (bass, backing vocals.) On select songs, lauded vocalists Mahalia Barnes, Prinnie Stevens and Juanita Tippins offer background vocals and 504 Horns from New Orleans infuse rich brass. Robert Jon & The Wreck have stayed true to their sound and there’s no one out there like them. They aren’t Southern rock, per say, but a blend of rock and roll, blues, R&B with a distinct Southern flair. Pair that with the quality of their songwriting, vocals, and musicianship, and you have a talented group with catchy, hook-driven songs.“ 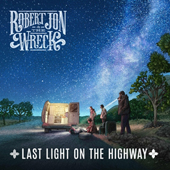 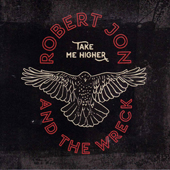 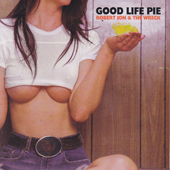 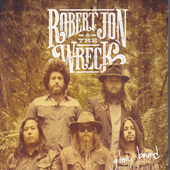 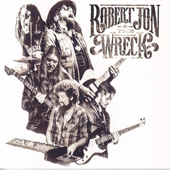 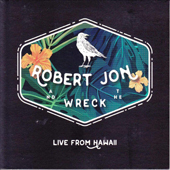