King Of Madrid is PETER BRUNTNELL’s tenth studio album and it’s one that focuses on his unique songwriting talents. 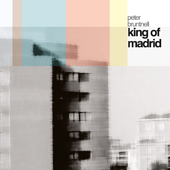 King Of Madrid is Peter Bruntnell’s tenth studio album, and it’s one that focuses on his unique songwriting talents. It also sees him returning to his roots, featuring beautiful, sometimes sixties-flavoured songs with his signature hints of psychedelia. Bruntnell’s warm voice helps create a yearning atmosphere that gives the album a consistent and organic feel. 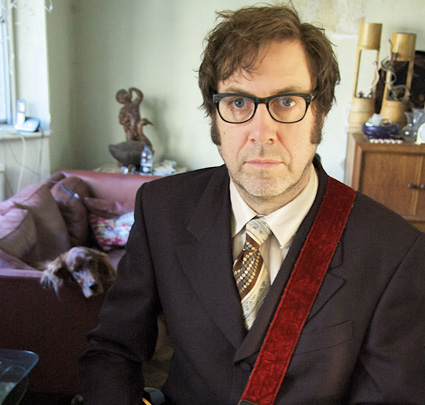 The self-effacing Devonian is the ultimate musician’s musician, gaining respect from his peers all over the world for the atmospheric works that he creates with his long-distance songwriting partner Bill Ritchie. Kathleen Edwards, when planning her first album, gave the producer Bruntnell’s Normal For Bridgewater album and asked him to „make it sound like this“. Willy Vlautin simply says, „Peter Bruntnell is my favourite singer in the world“.

King Of Madrid was recorded in the Kiln, King’s Langley with Bruntnell’s long-term band Mick Clews (drums), Peter Noone (bass) and Dave Little (guitar) and their familiarity and comfortable interaction makes for a confident interpretation of the new songs. It was Bruntnell who wrote the inspirational anti-Trump song „Mr Sunshine“ on 2016’s Nos Da Comrade and politics are never far from King Of Madrid either. „National Library“ and „Thief Of Joy“ are both articulate takes on Brexit, with the writer commenting on the latter: „Of course the thief of joy is Pride, but as far as Brexit and May and the Bullingdon Boys go, obviously everybody already knows that“.
In „London Clay“ (reprised here from its original version on 2012’s unofficial release Ringo Woz ‚Ere), a man daydreams about ways he could possibly be together with his unrequited love, but even in the dreams it never quite works out. Typically of this songwriting team, odd and mysterious topics are tackled too: „Lucan“ muses whether the elusive lord is fish food or living in Libreville, Africa, while in „Dinosaur“, Mark Zuckerberg gets hit by a meteor. The title track is a lilting, reflective waltz, while the stunning „Broken Wing“, arguably the album’s standout track, is a song concerning a young person growing up in an evangelical cult. The song allows the band to hit a groove and stretch out instrumentally.

King Of Madrid showcases a classic English songwriter at the top of his game.

Kommentare deaktiviert für King Of Madrid is PETER BRUNTNELL’s tenth studio album and it’s one that focuses on his unique songwriting talents.