Six years after Waterfall TODD THIBAUD is back with Hill West ! 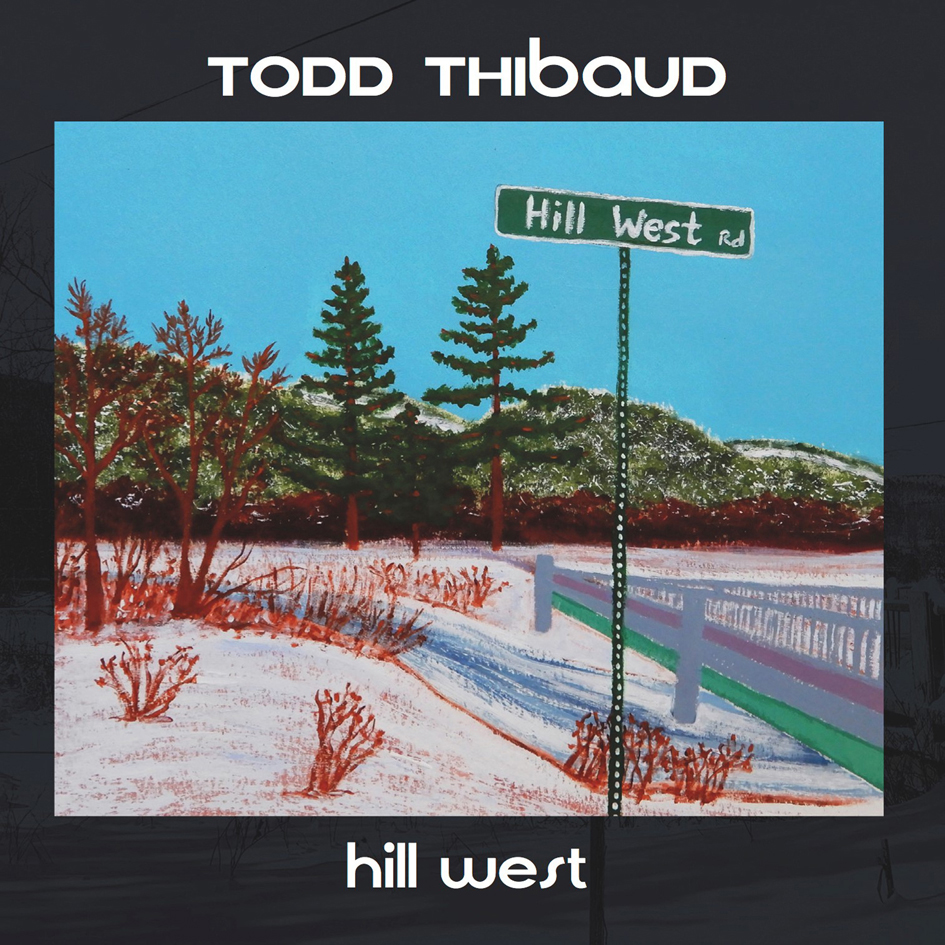 Like his last record, Waterfall, Todd Thibaud’s studio albums have been predominantly full band, rock collections, charged with a collective energy that effortlessly pulls the listener in on his journey. With Hill West, that energy still resonates, but Thibaud steers it toward a more intimate, stark approach, fueled by a changing and uncertain world. Inspired by artists and albums such as Johnny Cash’s American Recordings, Gillian Welch’s Revival, Aimee Mann, and Nick Lowe, Thibaud, a Blue Rose artist since 1997, homes in on the essentials: lyric, melody, and voice.

The result is a poignant reflection on our modern world – in a time when other artists have chosen to eschew the big questions or sit still with themselves long enough to look inside. In songs like „Find Your Love“, Thibaud shares a glimpse into two people’s struggle to grapple with the fear and pain that surrounds them, zooming his lens out as he goes to view the greater picture of human relationships. „Great Unknown“ explores the nostalgia we all have for the simpler, hopeful times experienced in youth – when uncertainty was fueled by big dreams – with lyrics reminiscent of Pete Yorn’s Music for the Morning After. In the gritty, forceful „Edge of Breaking“, Thibaud takes the wheel of his future, demanding a fearless love from the perspective of nothing left to lose. „Path of Us“, perhaps the barest track with only his voice and an acoustic guitar, turns back to those two lovers, offering a bittersweet delivery but hopeful message. „Something about open doors, makes me feel so unsure… But what I wouldn’t do for you.“ While the narrator may be unsure, the message is clear: we always have a friend to share our burdens.

In crafting these songs, Thibaud transported his studio gear to the mountains of northern Vermont, spending days alone in quiet winter seclusion recording the live tracks that Hill West would be built from. (Listen closely and you will hear the wood stove popping and crackling in the background on some of these tracks, harkening Neil Young’s Will to Love.) Once he finished recording and engineering these songs, he brought them back to Boston, adding the finishing touches at Q Division Studios with the help of producer Ed Valauskas (Juliana Hatfield, Gravel Pit), who also added bass and vocals, and engineer Pat DiCenso, who mixed the album. Hill West was mastered by Mike Quinn.

Despite Hill West’s personal approach, like his earlier albums, it’s still very much collaborative. „I wanted the band’s talent and care on these songs, but in a different way than we would approach our live rock shows. Consequently, parts had to earn their way onto the record. „You’ll hear the light touch of Chris Anzalone’s percussion on the sweetly singable „Paper Cup“ or the blues-grunge of Thomas Juliano’s electric guitar on „Edge of Breaking“. Sean Staples, master multi-instrumentalist, adds mandolin, ukelele, bouzouki, banjo, and fiddle on „Reckless Heart“ – tasteful adornments that support the song’s inspiriting sentiment. In the end, Hill West is a testament to Thibaud’s songwriting – add more instruments or take them away, a great song will always stand on its own.