WATER AND SAND is Todd Thibaud and Kim Taylor – they are back with new album Catching Light! 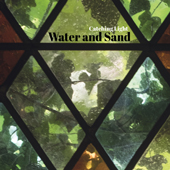 For several years Todd Thibaud and Kim Taylor had the same management. Their idea was that both musicians should try writing songs together that the management could then submit to their contacts. Both finally met each other in person at SXSW several years ago and struck up a friendship.
While they were at SXSW, they made plans to get together for a writing session the next time Kim traveled to Boston from her home in Ohio. When she was in Boston they met up and actually had no luck that day writing a song, but discovered that they really liked singing together. The idea for a collaboration project came from that meeting. They talked about how interesting it would be to focus the songwriting for their collaboration on the struggles and joys of relationships/marriage etc. Both of them were busy with their own projects at the time, but they agreed to stay in touch and make this happen as soon as the time was right. After a few years had gone by without any progress, it was Taylor who took the initiative and got the ball rolling for what would become WATER AND SAND. 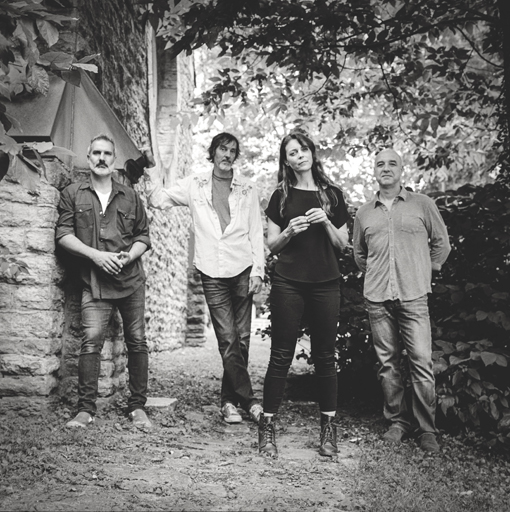 „We struggled coming up with a name for our project, sending each other lists of potential options, but nothing seemed to really resonate“, Thibaud recalls. „Both of us were in the process of writing songs at that time for our forthcoming album, and Kim sent me one of her new ones called ‚Water and Sand‘. I loved the song as soon as I heard it, and as the two of us discussed it, I think we both agreed that it would actually make a good band name for our project. We ran it by our management and some trusted friends/family, and everyone seemed to like it. I think for us the name relates to the balances that life imposes and requires of us. The two sides of the coin. The Yin and Yang. The life giving water and the gritty, abrasive sand. There are many joys and good times in our lives, but of course, there are also times of struggle and pain. I think the name points to those co-existing experiences.“

Compared to their own releases, WATER AND SAND is different. „We both wanted to center the project around two vocals, singing together, in harmony, and build things from there; always keeping those elements front and center. We never made any hard and fast rules in regard to other instrumentation. We’ve just always tried to do what’s right for the songs, and not overshadow the vocals too much.“

Like on the debut album from 2018, Thibaud and Taylor focused much of their writing on relationships. That focus still exists for them on the new album Catching Light, but they have opened the door to other subjects as well. Taylor and Thibaud both have long standing marriages and have been with their spouses for many years. Thibaud: „Anyone who has shared a relationship with someone over a long period of time understands that it’s not always simple. We all change and grow. We all struggle and thrive. Finding a way to stick together through all of the challenges that life presents to us is a topic that we both investigate throughout the new album.“
He continues: „‚Catching Light‘, ‚Right Next To You‘, ‚The Table‘, ‚You and I‘ – all deal with those struggles and the importance of finding ‚the good‘, and constantly reaching for each other, especially when things get tough. Other songs like ‚Confession‘ and ‚Peace In The Valley‘ deal with faith – in God, in each other, and in the struggle and hope for redemption and forgiveness in the times that we fail. ‚Every Good Thing‘ is a response to the current situation in our world and particularly in our own country right now. It’s a reminder that if we want positive change to occur we are all going to have to do our part. There is so much negativity, disagreement and hate happening all around us, every day. But there is also a great deal of good that’s there if we look for it. We need to bring that good to the forefront.“

WATER AND SAND is Todd Thibaud and Kim Taylor at its core but the albums and tours they do won’t be possible without the help of Thomas Juliano and Sean Staples who have both become very dedicated and important pieces of the project. Juliano and Staples bring the project to another level. „Their contributions to our recordings and live shows are extremely important“, Thibaud points out.

Todd Thibaud is a consistently convincing, reliable artist who always stays true to his musical vision. He does not change things up dramatically but finds variety in nuances of arrangement and production. After all, the consistently high quality of his songs and his mellifluous, warm voice create an irresistible and familiar atmosphere. This was already true of his first band, The Courage Brothers, in the early to mid-90s. With his 1997 solo debut Favorite Waste Of Time, the man from Vermont made his first mark on the songwriter/pop canopy. It was followed by a slew of classic Blue Rose studio albums Little Mystery (1999), Squash (2000), Northern Skies (2004), Broken (2008), Waterfall (2013), and Hill West (2019).

Kim Taylor is an American singer-songwriter. She has released 5 full-length records and toured with numerous notable acts including Kasey Chambers, Ron Sexsmith, Grace Potter and Over the Rhine. In 2013, Taylor starred in the Sundance and Berlinale selected Indie film, I Used To Be Darker. Her fifth full-length record, Songs of Instruction, is a 10 song collection of her signature intimate folksy narrative songwriting style.

Kommentare deaktiviert für WATER AND SAND is Todd Thibaud and Kim Taylor – they are back with new album Catching Light!