He wanted to do an album like this for decades: Steady As We Go of and with HANK SHIZZOE ! 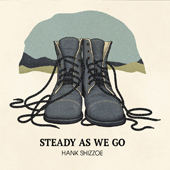 HANK SHIZZOE is back with his new record Steady As We Go. Released on CD, LP and in all digital formats it is a remarkable achievment: Recorded live on the studio floor with his fabulous band, Steady As We Go presents a singer, songwriter and guitar player in top form. This is Americana roots music at its finest, sung and played by an ensemble of musicians whose skills and talents are second to none. New originals meet old traditionals, songs by Randy Newman, Washboard Sam, Tammy Wynette, Bob Nolan and a moving tribute to the late great Tom Petty. Topping off the finely crafted production is the mastering by Stephen Marcussen who was involved in at least half of your record collection. 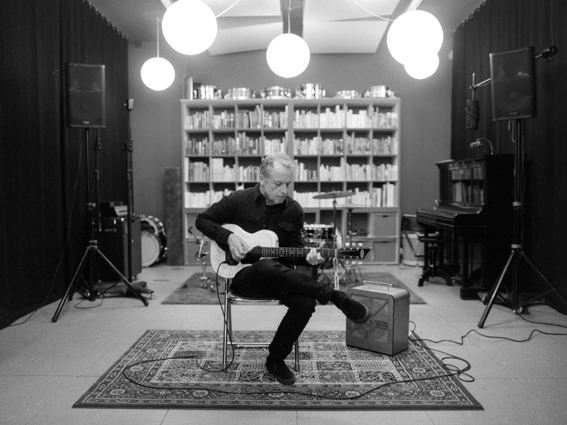 Steady As We Go is Hank Shizzoe’s 16th album since 1994. One might be tempted to ask, why make another one? Hank says: „Because it’s time. We’ve never played better as a band. I felt very confident singing these songs, my voice is at an entirely different level now. I’ve wanted to do an album like this for decades. We’ve had a blast making this record and I think it shows.“

„We“ in this case means Hank’s core band for the last five years: Tom Etter on guitars and Simon Baumann on drums. With the addition of Michel Poffet who had played his upright bass with Hank for 15 years and since the first album, Low Budget. „With Tom and Simon there is something very special and rare going on for me“, Hank says. „We just click, it feels like home. So we invited my dear old friend Michel Poffet over and he came in like a long lost relative that everybody just adores. We recorded in the same room playing off of each other, unrehearsed, fresh. Nobody was wearing headphones, I sang live. The way it used to be done, really. You know, four guys doing what they love and do best, expertly captured by the finest audio equipment, no funny stuff, no fixing or tinkering. Just real good, inspired playing and singing – boom, straight to the heart.“

Of the eleven tracks on Steady As We Go, three are new originals. „I didn’t care who the songs were written by“, Hank says. „They just fit together really well. There are a handful of songs I’ve always wanted to record – Washboard Sam’s „I Been Treated Wrong“, Mississippi John Hurt’s „Make Me A Pallet On Your Floor“, the old standard „Careless Love“ in Lonnie Johnson’s arrangement, Bob Nolan’s „Cool Water“ and the ancient ballad „On Top Of Old Smokey“ that I love in Hank Williams‘ interpretation. „Stand By Your Man“, the classic Tammy Wynette song – I’ve been thinking for a long time that this should really be sung by a man. Then there is „Days Of Heaven“, a lost gem by Randy Newman. Tom Petty’s „California“ is an overlooked masterpiece and a perfect closer for this album.“

Speaking of California: The beautiful artwork and typography was created by Jeana Hadley at Sealevel in San Francisco. And those who follow Hank Shizzoe’s production work know that the listener’s pleasure has always been very important to his approach: „I want you to feel as if you were right there with us, feel the air being moved.“ A decision was made to hand over the mastering process to none other than Stephen Marcussen in Hollywood. Marcussen has mastered at least half of everybody’s favorite records – from Johnny Cash’s American Recordings, Tom Petty’s Wildflowers to Prince’s Diamonds And Pearls, various releases by The Rolling Stones, Eels, Audioslave, Ry Cooder, k.d. lang, Willie Nelson and hundreds more. „The perfect decision“, Hank adds, „Stephen got what we were doing and made this album sound the way it was meant to sound.“

Kommentare deaktiviert für He wanted to do an album like this for decades: Steady As We Go of and with HANK SHIZZOE !